Douwe Osinga, founder and CEO of Triposo,  will do just about anything to see a new place through the eyes of a local. Triposo is also, admittedly, an office of cycling enthusiasts. We can combine our interest in travel with our love of bikes, all the better! This year, as summer travel season gets underway, we present a selection of some of our favorite places to go biking all over the world. Not all of these are for beginners (for example, Dehli), but all promise to offer a memorable experience for those looking to savor a new place in one of the most authentic - not to mention efficient - ways possible!

1. Amsterdam, Netherlands
The Netherlands is a relatively flat country, and there really is no better place to ride your bike than Amsterdam (except maybe when it’s raining). The canals and alleys of Amsterdam are more bike-friendly than you might expect, and the piles upon piles of bikes, not to mention the streams of locals and tourists whizzing by you in the street, will quickly validate this city’s reputation as one of the most bike-friendly on earth. 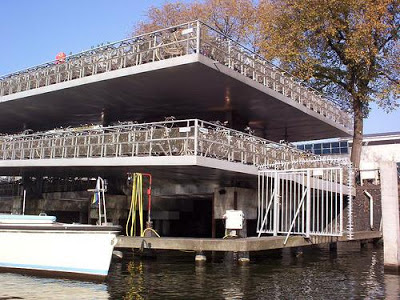 photo
2. Marrakech, Morocco
The high Atlas mountains loom in the background behind the city, but Marrakech and its surrounding areas are actually surprisingly flat. Bikes are a very popular mode of transport here and a pretty good way to get around. That is, unless you want to venture deep into the Medina, or old city, where the streets are too narrow and crowded for most cyclists. Of course, that doesn’t seem to stop the locals! 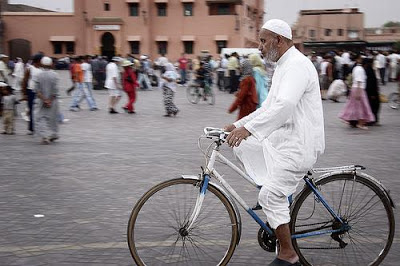 photo
3. Kasghar, China
Kasghar is an oasis town in China, located along the famed Silk Road. As you probably know, bicycles are quite popular in many parts of China, but they are a particularly great way of exploring this area. The less than three mile ride from Kasghar to the Abakh Khoja tombs is a fun way to spend an afternoon, and a great way to see the surroundings, not to mention much less dangerous than riding your bike in the town center. 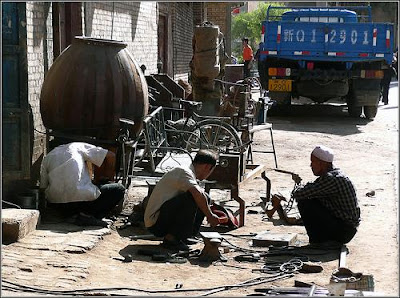 photo
4. Delhi, India
Delhi is filled with bicycles, particularly rickshaws. Once, while in Delhi, I got to ride a rickshaw bike (I actually had to pay extra.) Although I’m quite an experienced cyclist, maneuvering a rickshaw through Dehli traffic during rush hour is not for the faint of heart. Still, it was an unforgettable experience. I definitely recommend it for the intrepid among you. 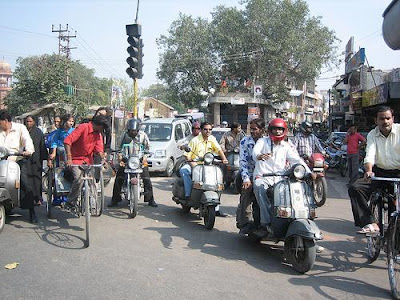 photo
5. Brussels, Belgium
Cyclisme is a quintessential Belgian sport. While visiting, I had a lot of fun (and a few scares) while riding through the different neighborhoods of the Belgian capital, eventually winding my way down to Tervuren to visit the amazing Royal Museum for Central Africa. Bicycling through Brussels is a great way to get a feel for what it’s like to be a local, and a fantastic way to see the sights as a tourist. 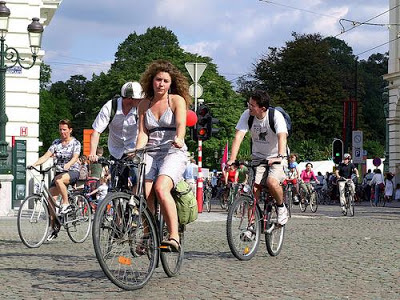 photo
6. Paris, France
It took a lot of worker strikes by angry Metro employees, but Parisians have finally started to embrace la bicyclette. They have set up a great network of bikes called Velib that allows anyone to a bicycle by the hour. You can pick them up almost anywhere in the city and drop them off at the other end (Bonus: the first 30 minutes are free.) Paris has also added bike lanes to many of its notoriously busy streets, giving cyclists plenty of leeway to enjoy the City of Lights on wheels. 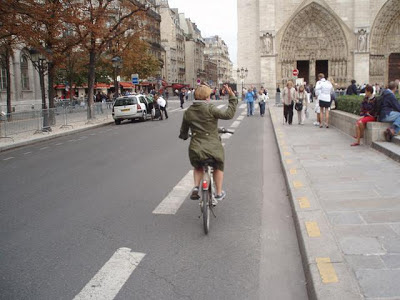 photo
7. San Francisco, CA
San Francisco is a hipster mecca, so it’s no surprise that bike culture is alive and well here. Some of San Francisco’s streets are certainly on the steep side, but with a little bit of planning, you can find routes all over the city that won’t murder your thighs (or that will, depending on your preference...) Moreover, riding over the Golden Gate Bridge on a bike is an experience not to be missed. Yes, it’s a touristy activity, but even locals will admit that the view is unbeatable. And if you’re too tired to bike back afterward, you won’t be the only one on the boat back from Sausalito. 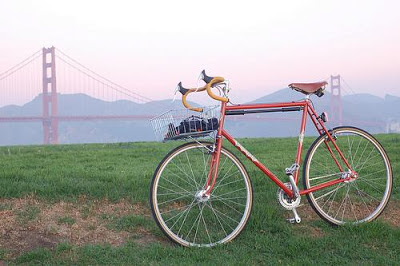 photo
8. Berlin, Germany
Since Triposo’s headquarters is located in Berlin, I ride my bike all over this city. Going through the famous Brandenburger gate on my way to Einstein Café to chat with our lawyer one day almost made me yell out with pride, “Ich bin ein Berliner!” Rent a bike while visiting this seriously cycle-friendly city, and you’ll fit right in. 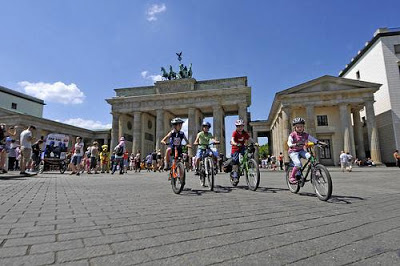 photo
9. Kathmandu, Nepal
Escape the hustle and bustle of Kathmandu and explore the nearby valley by bike. There are stunning temples on all sides, and with a bit of luck you may catch sight of Mount Everest looming in the distance. 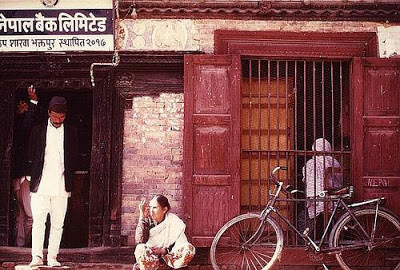 photo
10. Valley of the Kings, Egypt
Most tourists would never consider it, but a bicycle is the perfect way to explore Egypt’s Valley of the Kings, which is lined with the tombs of ancient royalty. Pro tip: wake up nice and early to get started riding before the sun is at its hottest. This is the desert, after all.  When we did this, it was so hot on the way back that we had to stop into a few shops and pretend we wanted to buy souvenirs just to get some tea. 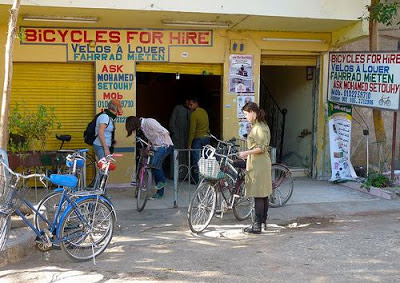