New Perspectives: 3 Organizations that Have Seen the Light 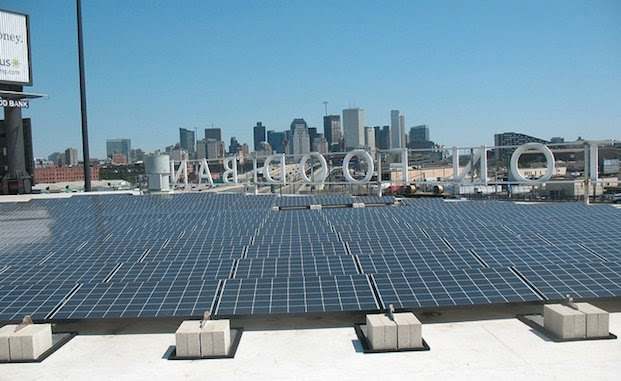 As the cost of photovoltaic technologies have decreased, more and more organizations and residents are investing in the future. While some countries are experiencing cuts to subsidies in regards to locales, such as the European Union's cut from open field arrays, other locations are being able to flourish without them. In the Boston area, some organizations are pushing for a cleaner and renewable form of power as they mount panels to become energy efficient establishments. It is from this cue that others may follow in order to keep with the standards of competition.

1. Boston Scientific - In April of 2013, Boston Scientific Corporation unveiled the roof-top marvel of 3,900 solar arrays to produce roughly 1.7 megawatts of power. The solar array is able to sustain approximately 25-perfect of the facilities power needs thus decreasing its independence of the power using the traditional grid. The medical device manufacturer is now benefiting from currently the third largest roof-top photovoltaic system in Massachusetts. The project is estimated to produce enough to power 145 homes annually.

2. IKEA - In Stoughton, the furniture giant IKEA stepped up and completed its 38th U.S.- based project of converting its locations into power-producing structures. This latest addition is estimated to generate enough to supply power to 94 homes annually. As IKEA has always been a supporter of eco-friendly products and techniques, it is no surprise that this company would produce an amazing feat such as this. Each installation developed by IKEA is owned and operated by the company itself without the use of a third-party lease or financing. The company proves that corporations can be responsible for the economy and communities they belong to in order to promote an improved way of living.

3. First Wind - Although responsible for nearly 1 gigawatt of power stretched across several states from wind turbines, First Wind is also starting to invest in opportunities for solar power methods. Although based in Boston, the company's wind turbine projects are located in New England, Washington, Utah, and Hawaii - which is where First Wind is rumored to be looking for solar expansion of its projects. Currently, the company does not produce power in any fashion within the State of Massachusetts. However, this could change as popularity and reduced costs are fueling the market since mid 2012.

Solar power is the most abundant energy sources publicly known. Every day that the human species wastes without the use of solar arrays is another day longer that we'll have to wait for a method of complete self-sustainability. If manufacturers can continue to reduce the cost of producing photovoltaic technologies, those who can afford the installation may do so in mass quantities.

Author Bio:
Ken holds a master’s in business leadership from Upper Iowa University and multiple bachelor degrees from Grand View College.  As president of  morningsidenannies.com, Ken’s focus is helping Houston-based parents find the right childcare provider for their family. When he isn’t working, he enjoys spending time with his three children and his wife.