This past weekend was Boston GreenFest on City Hall Plaza. The weekend was a bit cloudy, but it was much better than the storm that tore through GreenFest 2011. I stopped by on Sunday and though most of the green stands were gone by then, I got to try a delicious Silky Smoothie. I tried detox and watermelon. I loved the watermelon one - it had a hint of mint and tasted cool and refreshing (especially after eating a big brunch at Fisherman's Feast). The movement dance festival was also going on, which was fun to watch. There are some seriously talented youth in this city - it was inspiring. 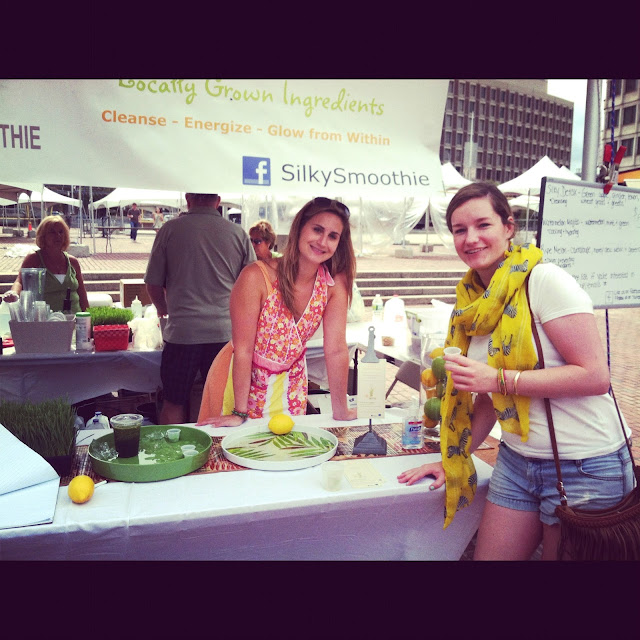 my friend Sarah Anderson and me at the Silky Smoothie stand at GreenFest 2012
Posted by Unknown at 12:21 PM