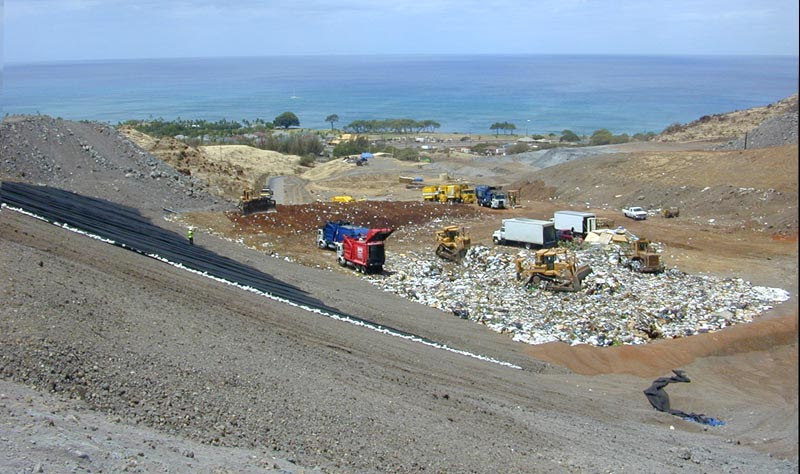 Whenever people discuss climate change, the conversation usually revolves around fossil fuels. Yet, there is another source of greenhouse gases that is not usually considered when amateur climatologists get together.

The waste management industry accounts for roughly 1-5% of all greenhouse gas emissions in the U.S. That may seem like a relatively small amount, but when you consider that garbage production rates have nearly tripled since the 1960’s, the problem comes into focus. The ever-increasing amount of garbage produced in the United States could potentially make waste management an even greater source of carbon dioxide and other GHGs in the future.

If you examine the average waste collection process in the U.S., you would see that each step of the process introduces greenhouse gases into the atmosphere. First, there’s the collection of the trash itself which requires the use of either a truck or car. Then the garbage truck has to transport the trash to a facility, such as a transfer station or landfill. Eventually, some portion of the trash ends up in a landfill where it will slowly break down anaerobically, producing methane and carbon dioxide.

Methane is a much more potent greenhouse gas compared to CO2 - making landfills a very worrisome contributor to climate change. Fortunately, all modern landfills incorporate ventilation systems that scrub the gases given off by landfills. Some landfills even burn up the methane or convert it to a liquid form that is of the same quality as natural gas. Currently, there are just fewer than 600 landfill gas-to-energy sites in the United States providing roughly 1.8 megawatts of electricity total. Such facilities are increasingly being sought after by state governments as they demonstrably reduce the eco footprint of both existing and closed landfills, and can generate a large amount of electricity.

Even though the waste management industry is working to reduce its share of GHG emissions; the best solution to curb the impact of trash on the climate is to stick to that old mantra: reduce, reuse, recycle. Reducing your overall consumption of goods means fewer resources have to be used up to produce new
goods. And reusing materials is always better than recycling because recycling uses up a lot of energy,
producing more CO2. But if all else fails, make sure that as much of your waste as possible ends up in the recycling bin.

Author: Kevin Roberts is a content writer for the national dumpster rental company, Budget Dumpster.
Posted by Unknown at 8:00 AM