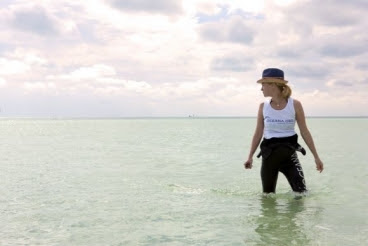 In honor of the much anticipated Mad Men premeire, I thought I'd highlight the great work done by one of the leading actresses. January Jones has worked as a spokesperson for Oceana's Scared for Sharks campaign since 2009. Sharks represent the largest percent of endangered marine species on the IUCN Red List. Oceana works to protect sharks through communication, scientific research, and policy work. Each avenue is important because humans are the main threat to shark populations. You can see January Jones' video message about the importance of protecting sharks here. 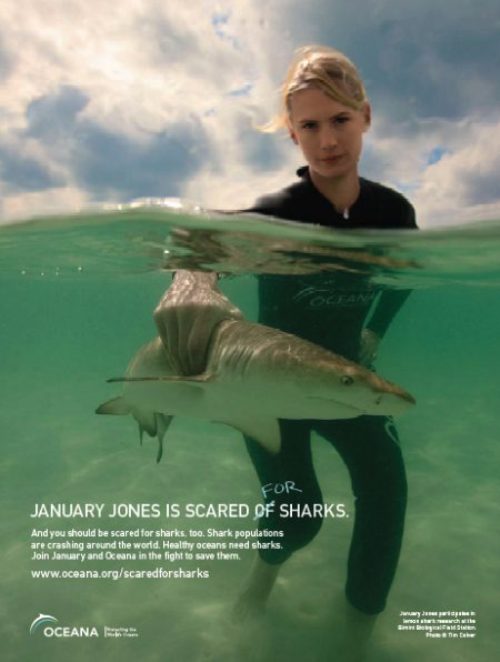 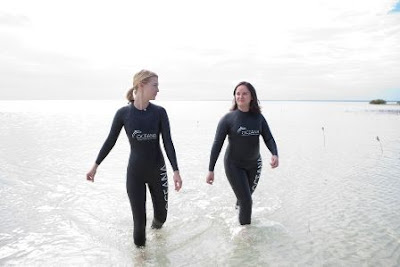 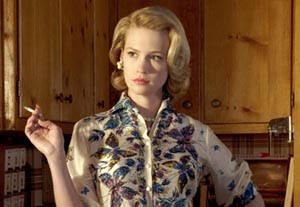 She may be a chain-smoking housewife on tv, but in reality, January Jones is stepping up to the plate for a great cause. ﻿
Posted by Unknown at 11:55 AM