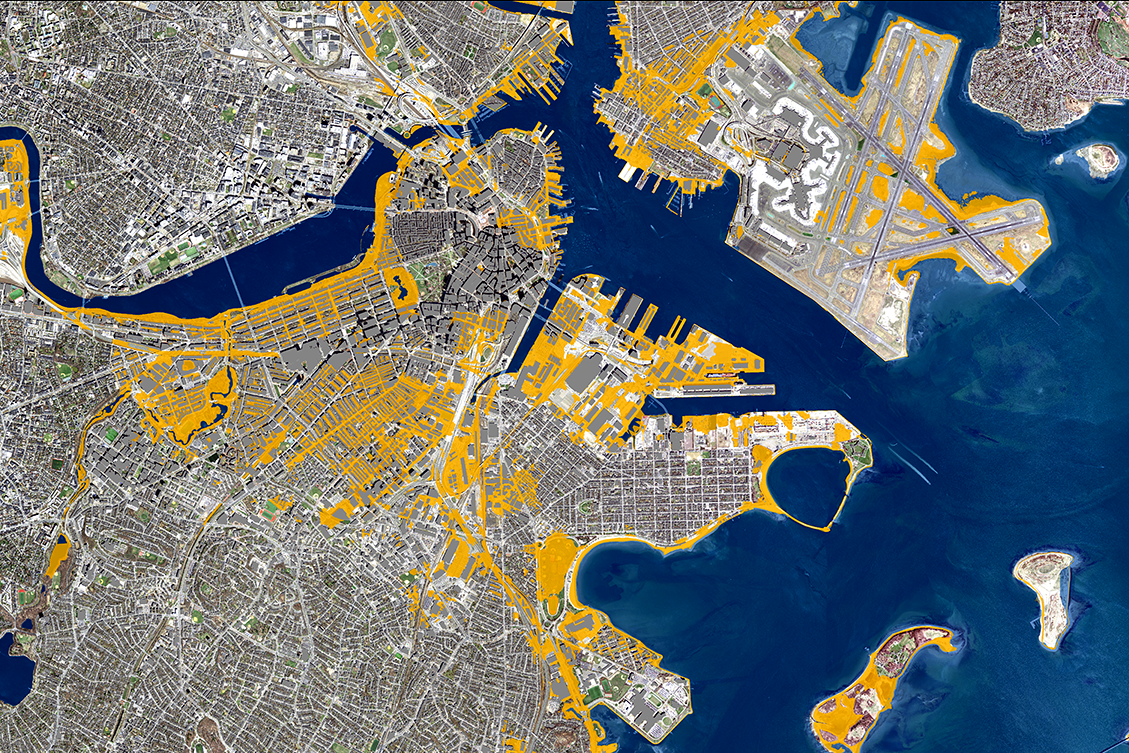 Last week, on the two-year anniversary of Hurricane Sandy, Mayor Walsh announced a regional summit to better prepare Boston for the impacts of climate change. The announcement also marked the kickoff of an international design competition focused on climate preparedness, as well as an update of the City of Boston’s ongoing climate efforts.

“There is no issue more urgent than climate action. When we work together, the steps we take do more than protect us: they can bring us closer together, they can create good jobs, they can improve our health, our public space, and our civic life,” said Mayor Walsh. “I look forward to working closely with the MAPC, the Metro Mayor’s Coalition, and the Commonwealth on this critical issue.”

The half-day summit, which will be held at the University of Massachusetts Boston next spring, is a first-of-its-kind convening on regional climate preparedness and will establish a mechanism for coordination of regional, cross-government action going forward.

“It is essential that communities in the Boston metropolitan area work together on climate change,” said Richard C. Rossi, Cambridge City Manager. “Climate change is creating new stresses on our communities, and while we are individually doing a lot within our borders, what is missing is a regional strategy.”

“The impacts of climate change do not respect municipal boundaries,” said Marc Draisen, Executive Director of the Metropolitan Area Planning Council (MAPC). “It’s incredibly important that all of the cities and towns in Greater Boston work together to address issues like sea level rise, coastal flooding, and rising temperatures. Cooperation and planning are the keys to success.”

The competition invites multi-disciplinary teams to submit design solutions to sea-level rise for three sites in the City that will help better prepare the site and the surrounding community for climate change. The three sites are located in the North End, Fort Point Channel, and Morrissey Boulevard. The competition will conclude in the spring, with a first place prize of $20,000. It is funded through a grant from the Massachusetts Office of Coastal Zone Management, and the Barr Foundation. Details about the design competition can be found at www.bostonlivingwithwater.org.

These announcements build on the City of Boston’s ongoing climate preparedness efforts. A year ago, the City released the report, Climate Ready Boston: Municipal Vulnerability to Climate Change, which was a cross-departmental effort led by the Mayor’s Office of Environment, Energy, and Open Space.

The report identified the City’s vulnerabilities to climate change in order to help departments take action to prepare. In the past year, the City has made significant progress on reducing these vulnerabilities, especially in the areas of emergency response, extreme heat preparedness, flood and stormwater management, capital planning, and community engagement. Efforts include:

Backup power at emergency shelters: As a result of $1.32 million in grant funding from the Commonwealth, four emergency shelters will be getting solar photovoltaic (PV) arrays to provide at least three days of backup power during an emergency. In addition, the Office of Emergency Management (OEM) and Boston Centers for Youth and Families (BCYF) are conducting an Emergency Generator Study to outfit four BCYF Community Centers with emergency generators.

Facility improvements to address extreme heat: BCYF has purchased tents and water access (sprinklers) to help handle extreme heat at outdoor programming sites during the summer. In addition, the BCYF Paris Street Community Center capital project includes installation of an emergency generator and air conditioning throughout the building, allowing the facility to serve as a cooling center.

Increased food resilience: With funding from the Kendall Foundation and the Urban Sustainability Directors Network, the Mayor’s Office of Food Initiatives has recently commissioned a team to complete a city-wide food resilience study. The Department of Neighborhood Development also continues its efforts to transform vacant lots into urban agriculture.

Flooding and stormwater management: A number of green infrastructure projects that help mitigate flooding have recently been completed or are underway.

·         The Public Works Department worked with the Charles River Watershed Association and the Boston Groundwater Trust to repave an alley in the South End with porous pavement.

·         The Parks Department is finalizing the 2015-2021 Open Space Plan, which incorporates climate preparedness.

Increased education and awareness: Greenovate Boston, Boston Public Health Commission (BPHC), and OEM have teamed up to deliver concerted messaging during National Preparedness Month. This included the launch of a new webpage with daily tips, as well as a community preparedness event that attracted over 200 residents.

·         The BRA has implemented a mandatory climate preparedness questionnaire as part of the Article 80 development review process. So far over 60 projects have completed this new requirement.

·         ​This fall, the City added a new partner to its property insurance team. FM Global is an international, mutual-insurance firm with a focus on loss-prevention engineering. FM Global will work with the City to identify and prioritize solutions for risks to the City’s 33 largest buildings, and contribute loss-prevention expertise to the City’s building design processes. The risks of flooding and high winds, which will increase with climate change, are priorities at FM Global. Through this partnership, the City gains research and engineering expertise to help address these risks.

These efforts, along with future actions to better prepare the community, will be part of the 2014 Climate Action Plan Update, which will be released the second week of November for public comment. Interested parties may view and comment on the draft strategies and actions currently posted at Engage.GreenovateBoston.org.