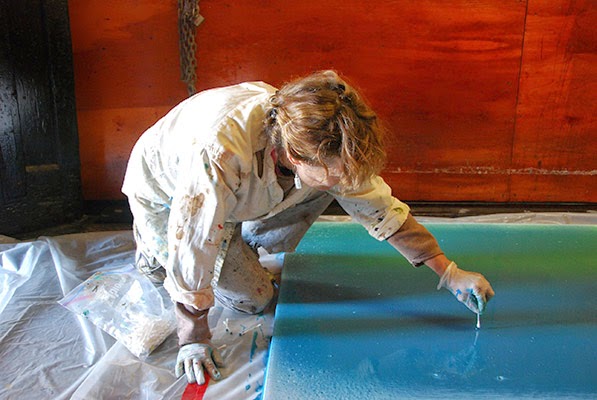 The Museum of Science opened a brand new art and sound exhibit last week -“Water Stories: Conservations in Paint and Sound” with paintings by Anne Neely and sound by Halsey Burgund.

The exhibit features oil paintings ranging in size from up to eight feet across to much smaller creations.  Neely focuses her works on the subject of water.  Inspired after seeing a toxic dump turned aquifer in Maine near her Jonesboro studio, Neely took to the beauty of different bodies of water.  She then began researching the many threats to water such as drought, depleted aquifers, dried up riverbeds, pollution, toxic sediment and fracking.  This is when she started seeing true connections between water preservation and art.

In 2012, she took her idea to museum director David G. Rabkin.  Together they came up with the exhibit and she got to work.  On July 11th, their dream became a reality.  With the help of sound artist, Halsey Burgund, the exhibit was opened in Boston.

“It’s impressionistic and emotional, rather than pure thinking,” says Rabkin.  The exhibit is rooted in art but has an educational side to it.  It is meant to inspire but also inform.

The Museum of Science is excited to feature such a unique crossover exhibit.  Learn more and plan your visit here. 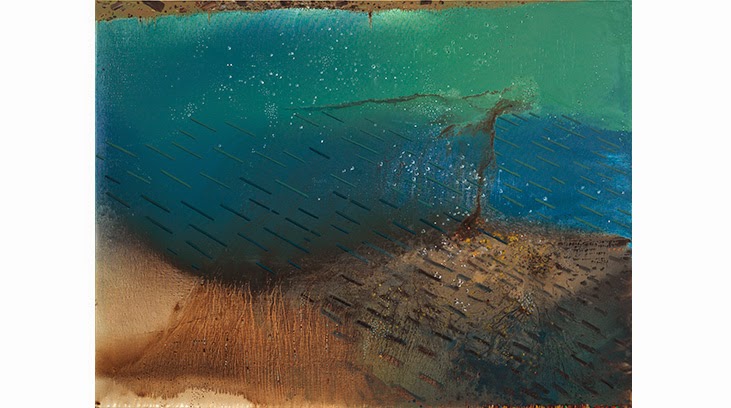