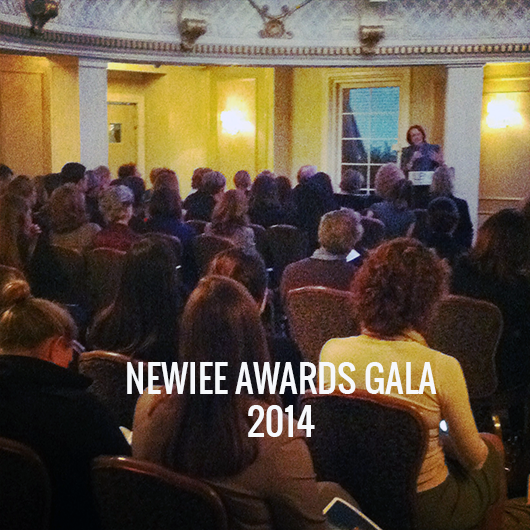 On Tuesday evening, I attended the Fourth Annual NEWIEE Awards Gala at the Lenox Hotel. It was an inspiring evening that also happened to fall on "equal pay day," or the day to which women would have to work to make the same amount a man would have made in their job in 2013. This added a extra bit of fire to the event which celebrated female leadership in the energy & environmental sectors.

The keynote address was delivered by Karen Gordon Mills the Former Administrator of the Small Business Administration. She spoke to the importance of entrepreneurship and the role of women in the U.S. economy - using the incredibly successful story of Spanx founder Sara Blakely as an example.

The awards were then presented to these very-deserving leaders:


Each recipient graciously accepted their award and spoke to the importance of "stepping up," "asking for what you want," and "becoming a good mentor to younger women." Great advice all around!
We then sipped on coffee and snacked on desert. I am excited to see what NEWIEE has in store for their two other signature events this year!
Posted by Unknown at 11:58 AM