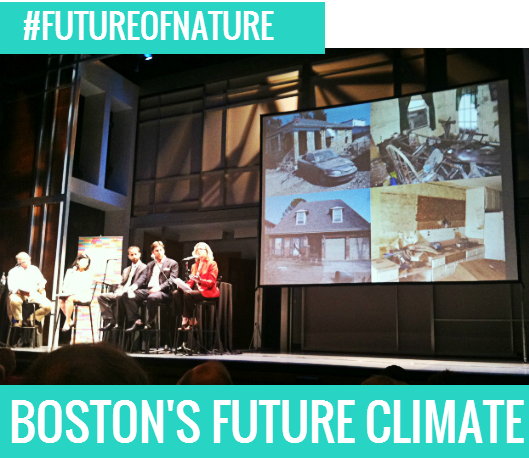 We know about the droughts in California, the heat waves in India, and food shortages in Syria, but how will climate change affect Boston? The city's climate change policy makers joined environmentalists and concerned citizens on Monday at Weathering the Storm: Boston's Future Climate hosted by The Nature Conservancy. Speakers included: Adam Freed of The Nature Conservancy; Vivien Li, president of the Boston Harbor Association; Brian Swett of the City of Boston; and Vicki Arroyo of the Georgetown Climate Center.

Here are some takeaways from the event: