Pencil it in: Octopus Lecture at NEAQ 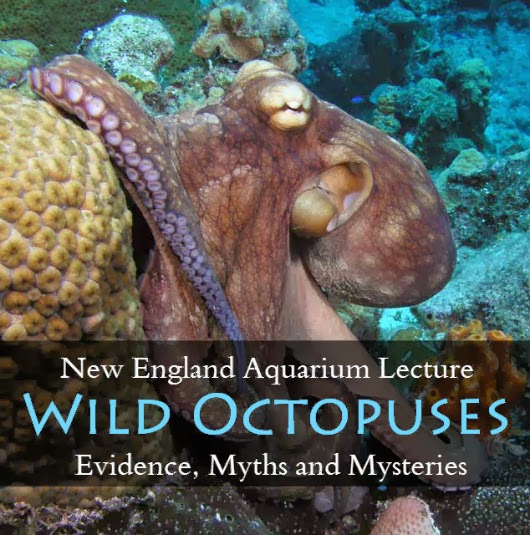 WHY: The New England Aquarium invites you to the final event in this year's lecture series! Octopuses are well known for their ability to change their shape and color in the blink of an eye. More than 300 species of octopus inhabit the intertidal to the deep sea, ranging in size from smaller than a grape to an arm span of over 15 feet. Join cephalopod biologist Dr. Crissy Huffard as she discusses her research on how wild octopuses move, learn, survive, reproduce and evolve. She will also discuss the scientific evidence, or lack thereof, behind popular ideas and myths about these fascinating animals.
Posted by Unknown at 8:00 AM

Email ThisBlogThis!Share to TwitterShare to FacebookShare to Pinterest
Labels: Events, Local, Pencil It In Thursdays, Wildlife