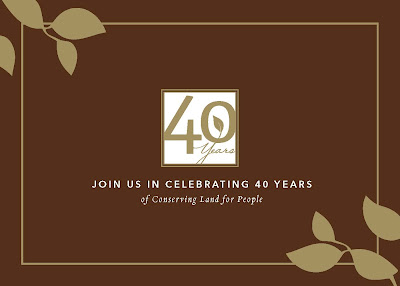 Last night the Trust for Public Land celebrated its 40th birthday at the Harvard Club in the Financial District. It was a small but passionate group of people that were there not only to celebrate the 40th anniversary milestone, but also to honor George P. Denny III for his outstanding volunteer service with the TPL's Ferguson Award.

Having never heard of the Ferguson Award before being invited to this event, I was a little confused when the room suddenly erupted with bagpipe music - turns out that Ferguson was Scottish, so the award is the Ferguson tartan accompanied by bagpipe music - what a fun tradition!

For those that don't know much about TPL, their mission is to conserve land for people to enjoy as parks, gardens, and other natural places, ensuring livable communities for generations to come. They have supported some great projects around Massachusetts including the East Boston Parks, Walden Woods, and Minuteman Park. I look forward to learning more about their local initiatives, especially as green spaces become increasingly important in our nation's cities. 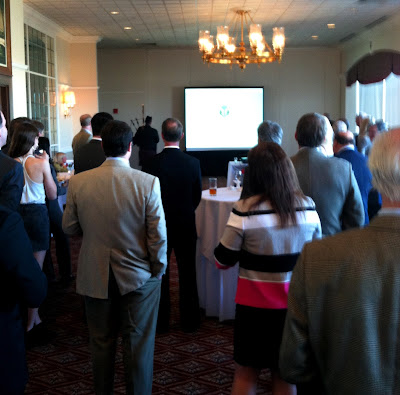